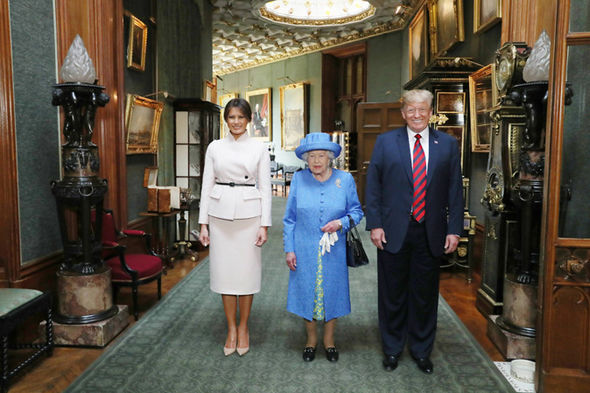 It was a Royal Affair at Windsor Castle! 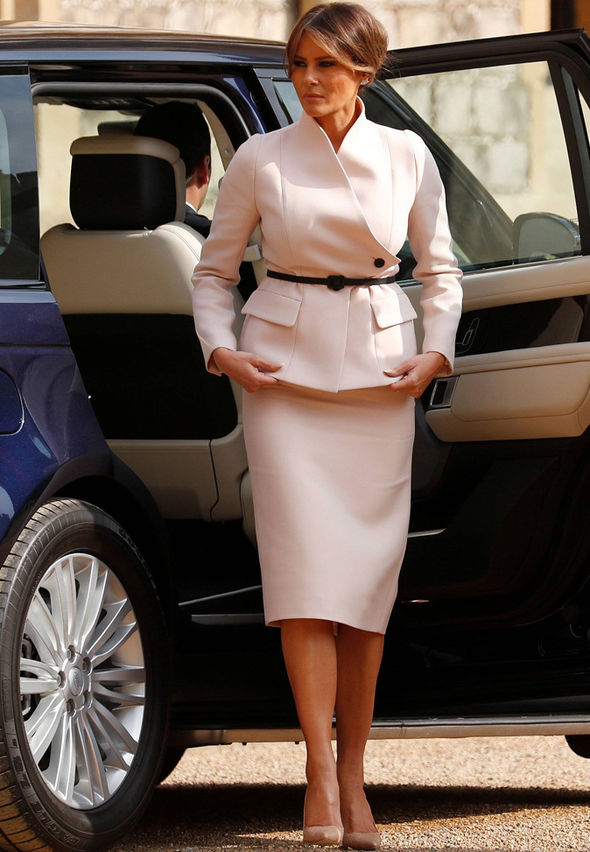 According to WWD, the Dior ensemble ready-to-wear collection caught her stylist Hervé Pierre’s eye, he inquired with the house about creating a variation in the powdery color that was used in its haute couture collection. Dior’s Maria Grazia Chiuri and her team obliged.

She finished the look with a narrow belt that matched the jacket’s buttons and paired the ensemble with nude suede pumps. 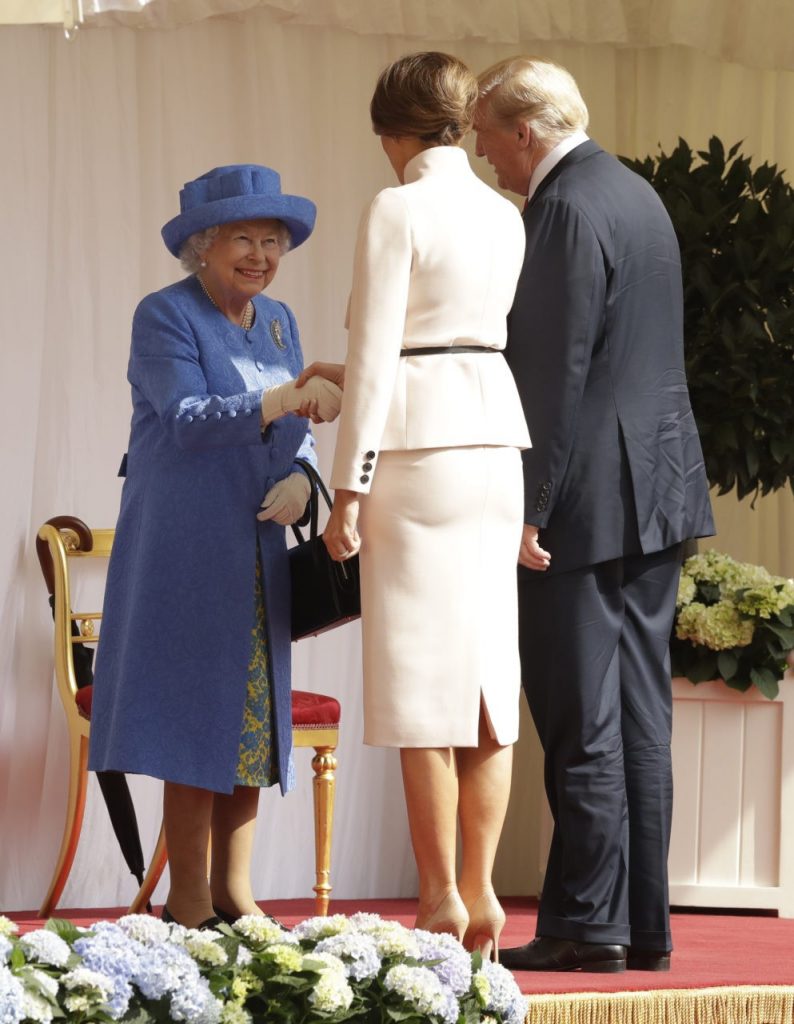 The meeting of Queen Elizabeth is a highlight for Melania, according to President Trump who said the first lady is a “tremendous fan of hers.”

The 92-year-old monarch, who looked dignified in a lavender blue suit and matching hat, had a smile on her face as she greeted the duo outside the castle. 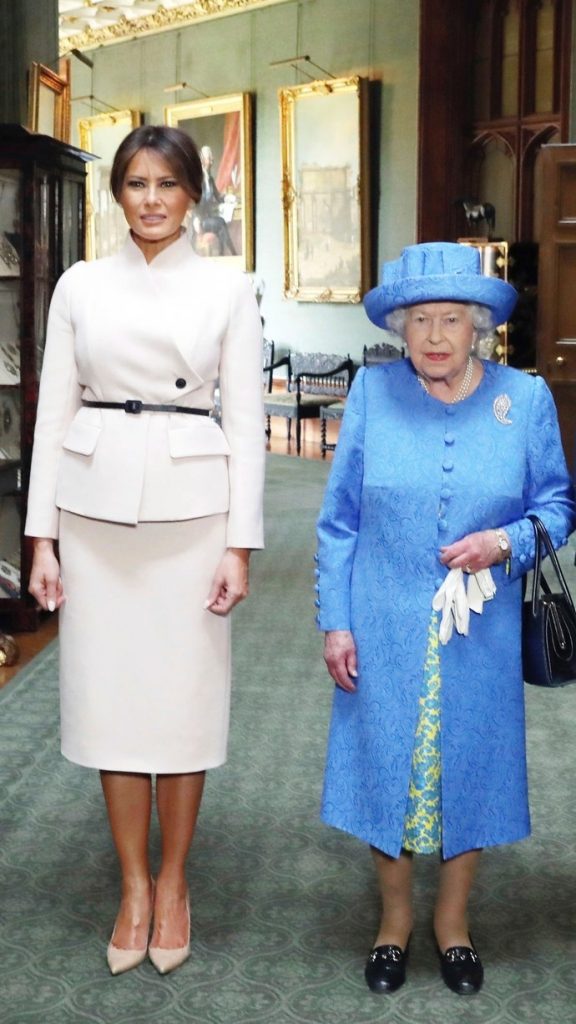 Her Majesty welcomes the President @POTUS and Mrs Trump @FLOTUS in the Quadrangle of Windsor Castle. pic.twitter.com/Gc5LqMV55s

Ahead of the meeting, Donald Trump called the Queen a tremendous woman, and he said, “I really look forward to meeting her. I think she represents her country so well. If you think of it, for so many years she has represented her country, she has really never made a mistake. You don’t see, like, anything embarrassing. She is just an incredible woman.” 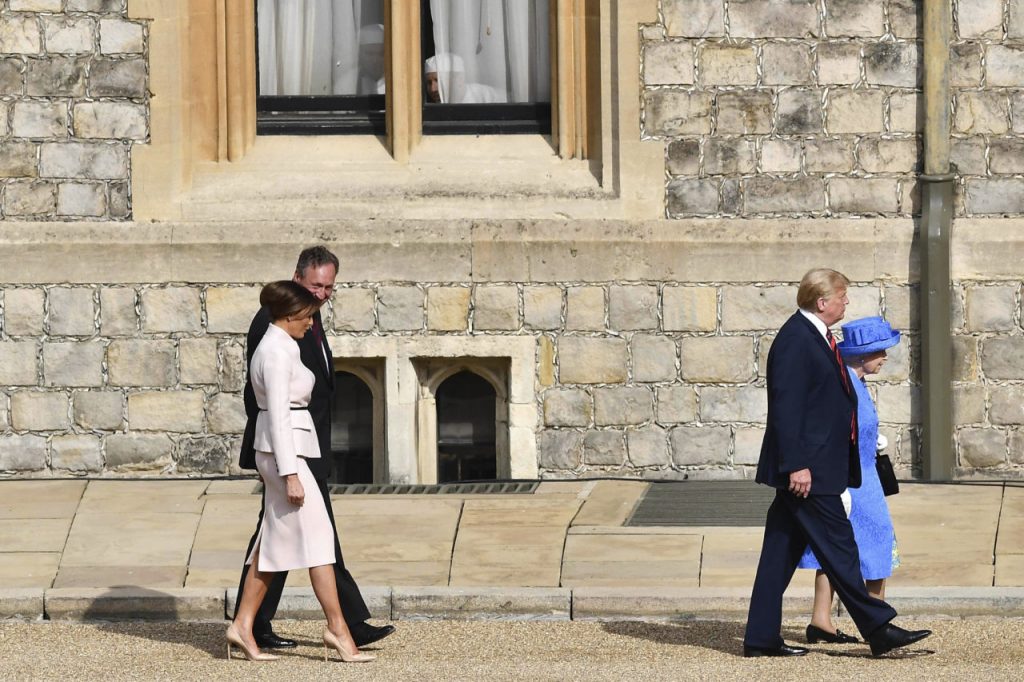 The Trumps’ have another full day in the UK ahead, and will be traveling to Scotland tomorrow before flying over to Finland on Sunday.

First Ladies of Fashion! — What Melania Trump and Brigitte Macron Wore in Paris

What Ivanka Wore To ‘Namaste Trump’ Rally in India