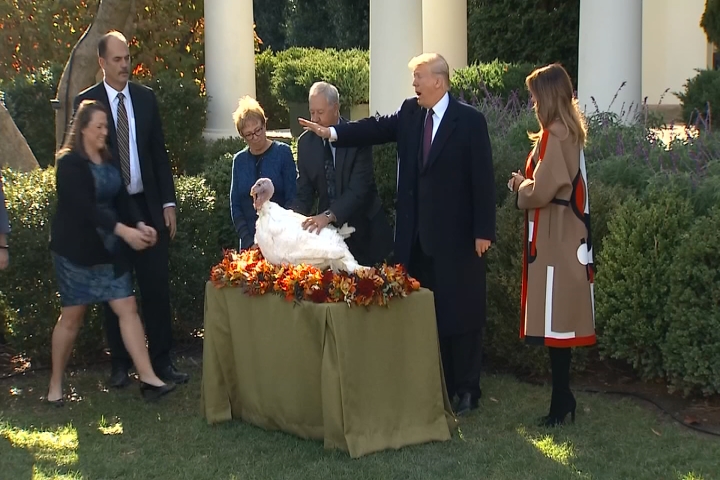 The First Lady is all chic for Thanksgiving 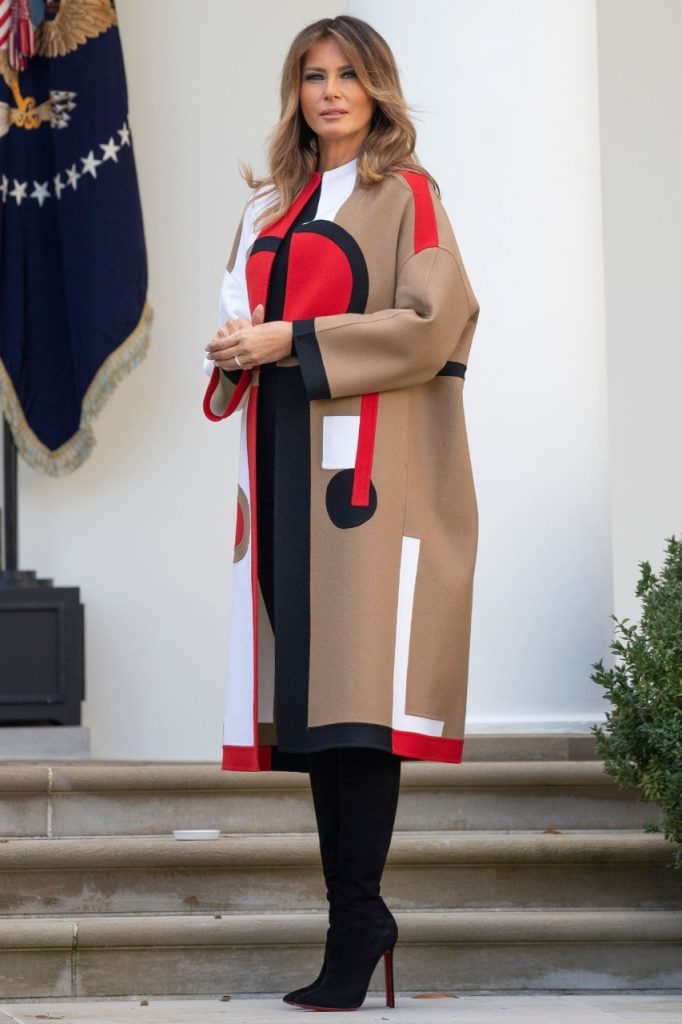 The statement Dior coat is from the pre-fall 2018, designed by Maria Grazia Chiuri. It retails at $9,400. Melania teamed the eye-catching coat with a black top and pants paired with over the knee Christian Louboutin heeled boots. The 70mm Alta Top black suede stretch thigh-highs retails for $1,550, but is sold out. 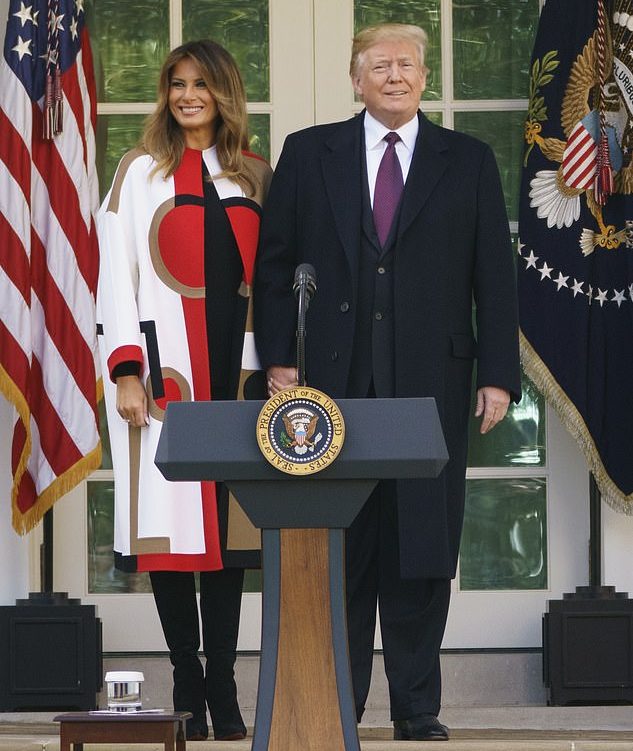 During the Rose Garden ceremony, President Trump officially pardoned both Turkeys from South Dakota named Peas and Carrots. A White House online poll was conducted where people voted to spare the life of Peas to be named the National Thanksgiving Turkey.

President Trump made a few jokes relating to the recent midterm elections that saw the Democrats winning control of the House and the recent recount of Florida.

“This was a fair election. Unfortunately, Carrots refused to concede and demanded a recount, and we’re still fighting with Carrots,” the president joked. “I will tell you we’ve come to a conclusion. Carrots, I’m sorry to tell you the result did not change.” 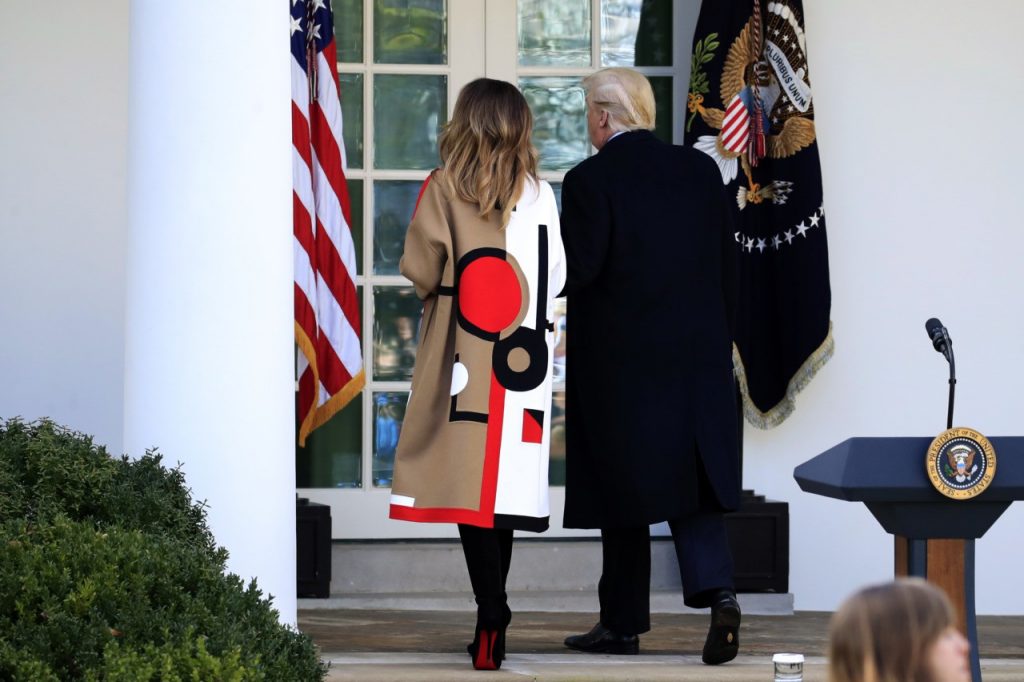 According to the White House website, Peas is 30 inches tall, weighs 39 pounds, and likes to eat popcorn, while Carrots is 32 inches tall, weighs 41 pounds and prefers to snack on M&Ms. Both birds will now live at Virginia Tech University and will be cared for by fellow students and veterinarians in the Animal and Poultry Sciences Department. 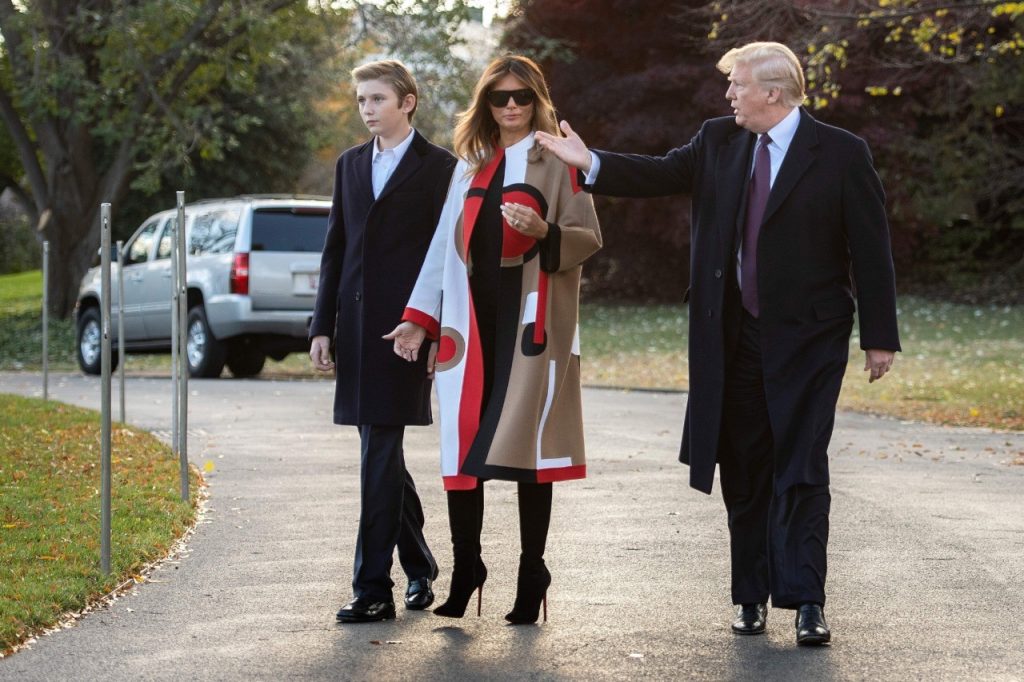 After the turkey pardoning, the couple was seen walking across the South Lawn of the White House with their 12-year-old son, Barron, heading to Mar-a-Lago estate in Palm Beach, Florida where the Trump family typically spends their Thanksgiving holiday at.

Chapter 31: Happy Birthday to Me

What Ivanka Wore to the Child Care Summit