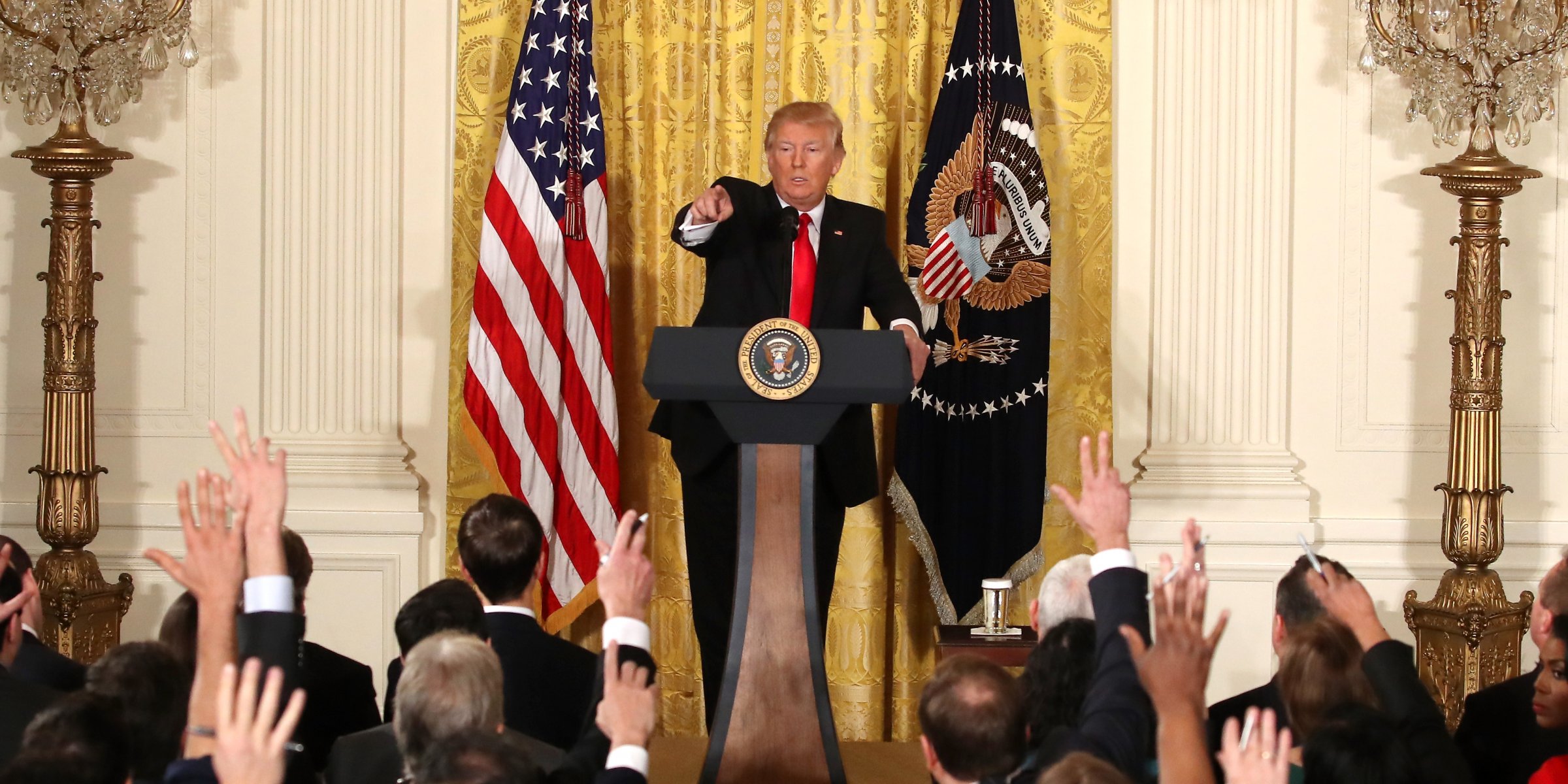 President Donald Trump held his first ever White House press conference on Thursday, a memorable wide-randing 77-minute presser where the President didn’t hold back his feelings.

The impromptu  press conference was held for the President to announce his new pick for Labor Secretary, Alexander Acosta. Trump’s first choice, Andy Puzder withdrew his name from consideration on Wednesday.

Much of the press conference focused on reporters questioning allegations over Trump’s connection with Russia. On Monday, the Trump administration erupted in chaos when National Security Adviser, Mike Flynn resigned over his discussion of sanctions easement with Russian ambassador Sergey Kislyak. Trump confirmed to reporters that he asked Flynn to resign, not because he did do anything wrong, but because he misled Vice President Mike Pence.

“I fired him because of what he said to Mike Pence, very simple. I don’t think he did anything wrong. If anything, he did something right.”

Trump went on to add the real story is really the intelligence community leaking information about Flynn’s conversations. He also vowed to get to the bottom of who leaked the classified information that was published.

Trump added, “You know, you can talk all you want about Russia, which was all fake news, fabricated deal to try to make up for the loss of the Democrats and the press plays right into it.”

Reporters continued to press on asking Trump whether any of his advisers had any contact with Russia during the presidential election. Trump responded back by asking “how many times do I have to answer this question?”

“I’m here today to update the American people on the incredible progress that has been made in the last four weeks since my inauguration,” Trump said. “We have made incredible progress. I don’t think there’s ever been a president elected who in this short period of time has done what we have done.”

Trump added, “This administration is running like a fine-tuned machine, despite the fact that I can’t get my cabinet approved.”

Regarding the travel ban, Trump told reporters the administration will issue a new executive order next week to replace the controversial first order that was held up by the courts. The new order, according to Trump will be tailored to the court’s ruling.

“We had a very smooth roll out of the travel ban, but we had a bad court,” Trump said. “We had a bad decision, that is the only thing that is wrong with the travel ban. We are issuing a new executive action next week that will comprehensively protect our country. We will be going along the one path and hopefully winning that, at the same time we will be issuing a new and very comprehensive order to protect our people.”

When Trump picked on CNN correspondent to ask him a question, the President made sure to let his feelings for CNN be known.

“I watch CNN, it’s so much anger and hatred and just the hatred,” Trump said. “Look at your show that goes on at 10 o’clock in the evening. You just take a look at that show. That’s a constant hit. The panel is almost always exclusive anti-Trump. And the hatred and venom coming from his mouth; the hatred coming from other people on your network.”