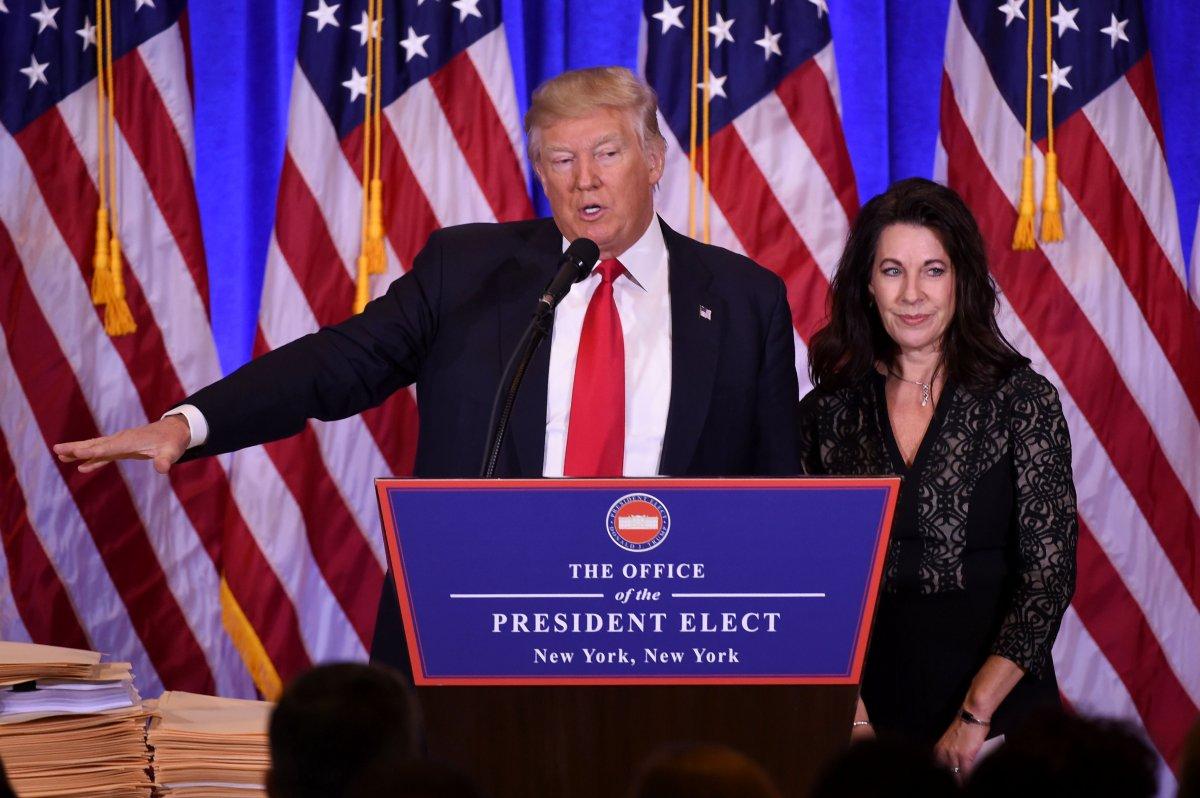 In his first press conference as president-elect, Donald Trump outlined concerns of how his business interests will be managed to prevent any conflict of interest as president.

“I could actually run my business and do government at the same time, but I don’t like the way that looks,” Trump said, noting over the weekend he turned down a $2 Billion deal in Dubai.

Introducing Sheri Dillion, a lawyer obtained from the firm Morgan Lewis, Dillon outlined to reporters the structure plan that Trump will take to prevent a conflict of interest relating to his business during his duration as President. Such plans includes, putting his personal assets into a trust, relinquishing control of his business to his two adult sons — Donald Jr and Eric Trump, along with Trump Organization CFO Allen Weisselburg, terminate any pending business deals and donate all foreign government payments to his hotels to the U.S. Treasury.

“To further reinforce the wall that we are building between President-elect Trump and the Trump Organization, Trump has ordered, through his trust agreement, to sharply limit his information rights,” Dillon said. “In sum, all of these actions — complete relinquishment of management, no foreign deals, ethics adviser approval of deals, sharply limited information rights — will sever President-elect Trump’s presidency from the Trump organization.”

Dillion told reporters that it would be impossible for Trump to put his business into a blind trust. Instead, Trump will relinquish control without having any involvements to his two sons, Don and Eric and Trump executive through a “trust agreement.”

“You cannot have a totally blind trust with an operating business,” Dillion said. “President-elect Trump should not be expected to destroy the company he built. President Trump can’t un-know he owns Trump Tower.”

She added that Trump’s decision to separate himself from his business was made “voluntarily,” pointing that under the U.S. conflict of interest laws that neither the president or the vice president are “required to separate themselves from their financial assets.”

Regarding new foreign deals, Dillion stated that “no new foreign deals” will be made during Trump’s presidency, but will allow domestic deals to occur after going through a “vigorous vetting process.”

“The trust agreement as directed by President Trump imposes severe restrictions on new deals,” Dillon said. “No new deals will be made whatsoever during the duration of President Trump’s presidency and new domestic deals will be allowed, but they will go through a vigorous vetting process.”

Dillon added that Trump will only know of the new deals being made by the Trump Organizations by reading it in the papers or on TV, emphasizing that any new deals could be “perceived as causing a conflict” or “exploring the office of the presidency.”

“Trump has decided that he is going to voluntarily donate all profits from foreign governments payments made to his hotel to the U.S. Treasury so this way, it is the American people who will profit.”

Donald Trump sworn in as 45th president of the United States