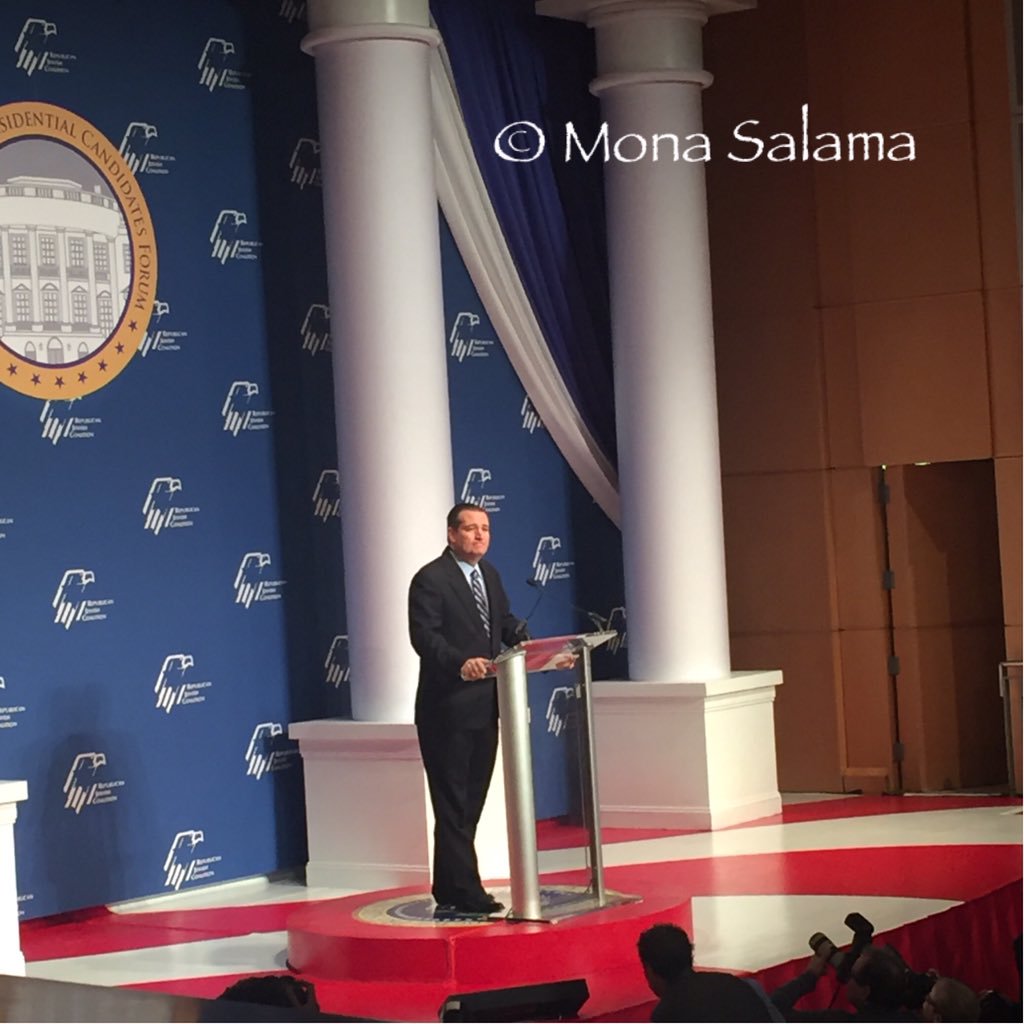 Beginning his remarks with a moment of silence for the 14 people murdered Wednesday in a mass shooting in San Bernardino, California, Senator Ted Cruz said he worries that last night’s attack is the markings of radical Islamic terrorism.

“All of us are deeply concerned that this is yet another manifestation of terrorism, radical Islamic terrorism here at home,” the GOP presidential candidate said at a cattle call meeting of the Republican Jewish Coalition in Washington, D.C.

Cruz was the first of all fourteen candidates for president to speak at the Thursday RJC forum in Washington D.C., where he blasted President Obama for refusing to acknowledge radical Islamic terrorism.

“When the President says the Islamic State isn’t Islamic, that is just nutty,” Cruz said.

Emphasizing the need for wartime leadership, Cruz pointed out how this president has failed to take the steps needed as Commander-in-Chief to protect the United States. Using President Ronald Reagan’s words, the Texas Senator said his strategy “should be very simple — to defeat radical Islam. We win, they lose.”

He noted that the recent shooting occurred within weeks after the terrorist attacks in Paris.

“This horrific murder underscores that we are at a time of war,” Cruz said. “Whether or not President Obama or the current administration is willing to acknowledge it, our enemies are at war with us.”

He also vowed when elected as President that he will “rip to shreds the catastrophic Iranian nuclear deal and pledged to move the American embassy to Jerusalem and cut off federal funding from universities that support boycotting Israeli products.

“The U.S. needs a leader who will say to Iran, either you will stop your nuclear program, or we will stop it for you,” Cruz said.

“At this point the politically correct doublespeak that has come from the Obama administration has gone beyond ridiculousness,” said Cruz. “When it comes to speaking the truth, this administration does the opposite.”

He also added how Kerry describes Israel as an “apartheid state,” which Cruz pointed out this remark “undermines our allies” and called for his immediate resignation in which the crowd cheered.

“We need a President that will stand unapologetically with the nation of Israel,” Cruz said to loud cheers.

During the Q&A portion, Cruz was asked what differentiates him from President Obama, who was a first term senator with no foreign policy experience. He responded by saying “the President isn’t a bad president because he was a Senator, but for his “unmitigated socialist” views while adding that the President “won’t stand up and defend the United States of America.”

“When Barack Obama said he wanted to fundamentally transform this country, he meant it,” Cruz said. “We need to nominate a candidate who is as committed to conservative principle as Obama is to liberal principle.”