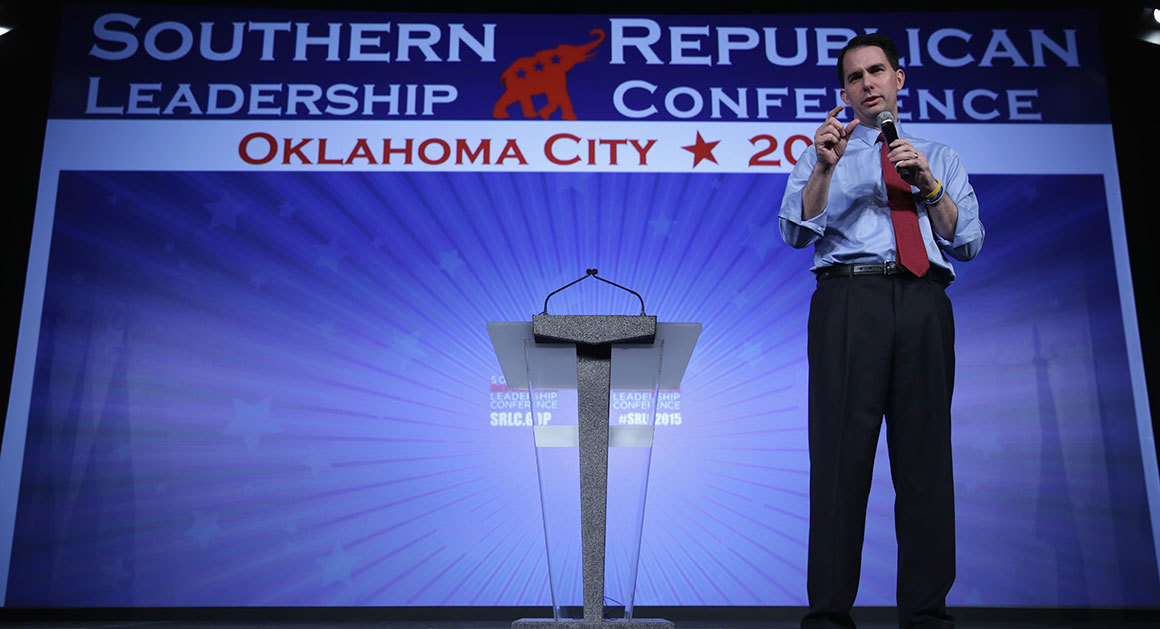 As he prepares for a likely 2016 presidential run, which he said he might announce at the end of June after Wisconsin passes the state budget, Walker mentioned it critical to find someone who can move this country forward.

“Part of the reason I’m even thinking about what I’m thinking about, and we haven’t announced anything yet, I think going forward, we need someone who can fight and win the battles we need to move the country forward with common sense conservative reforms. That’s what we need to move America forward.”

Walker received thunderous applause and a standing ovation before he began his speech with “conservative reforms” he passed in his state, such as pushing the state to adopt right-to-work laws and requirements to ask for identification when voting, along with defunding Planned Parenthood.

“There are a lot of folks out there who have done a really effective job winning elections, they have won a lot of elections but they haven’t taken a lot of fights,” Walker said. “I have yet to see anyone in the field or approaching field who has done both.”

On President Obama and former Secretary of State Hillary Clinton, Walker criticized them for their desire for bigger government.

“I listen to people like President Obama and Hillary Clinton, I would swear that they think you grow the economy by growing government,” Walker said. “There’s a reason we take the Fourth of July off and not the 15th of April, because in America we celebrate our independence from the government not our dependence on the government.”

Rick Santorum at #SRLC2015: “ISIS was created by Barack Obama”