A Staten Island man woke up early Sunday morning to his giant 12-foot Trump sign on his front law in flames.

“At 1:10AM Sunday night, our neighbors rang my doorbell to alert me the sign was ablaze,”Sam Pirozzolo, 52, an optician and father of 2.

The giant 12-foot wooden “T” patriotic flag sign was soaked in gasoline before it was torched according to the FDNY fire marshal. The NYPD is investigating the attack as an arson.

Pirozzolo also stated the giant T sign was created by a local artist Scott LoBaido, who designed the T to allow one to show their support without being harassed for being a Trump supporter. 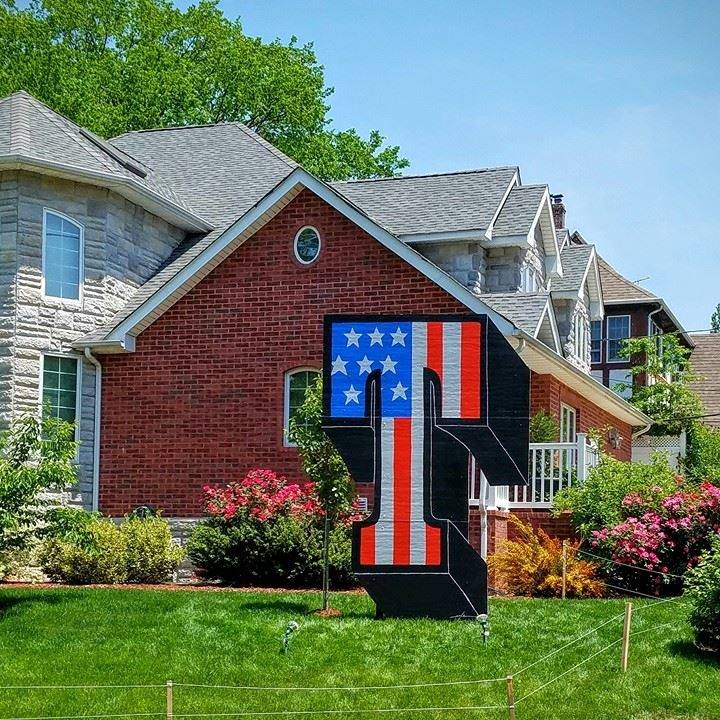 “Scott designed the T to go out of his way not to say Trump,” Pirozzolo said. “At that time the news had many stories about people who were showing their support for Trump were being harassed or retaliated against. So this being a simple T would allow people to show their support and not have to face discrimination.”

Angry the arson attack that could have set his own home on fire, Pirozzolo believes the attack was caused by pro-Hillary Clinton supporters, based on his recent experience he received from them in his community.

“Unless it can be proven that it was not pro Hillary supporters I will continue to believe it was,” Pirozzolo said. “And I base that on the number of people who have driven by and shouted pro Hillary statements.”

This isn’t the first time Pirozzolo received hate for being a Trump supporter. On Father’s Day, his children bought him the infamous Trump ‘Make America Great Again’ hat in which he wore it and received criticism and hate for showing his support for Trump.

In regards to the sign, Pirozzolo stated he and LoBaido plans to build another one to replace the destroying one, adding “it’s going to be ‘yuuuugggeeee!’”

Cuomo: ‘Santa’s Going To Be Very Good To Me’ For Working Hard In Fighting COVID