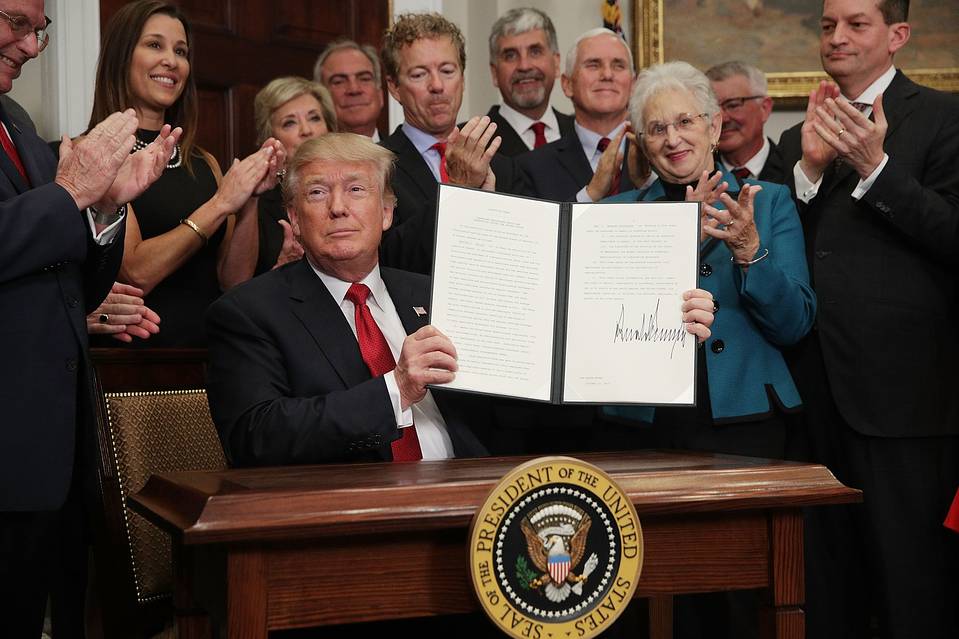 President Donald Trump invoked his power of the pen by signing an executive order on Thursday aimed at easing ObamaCare rules, after Republicans failed twice to repeal or replace the healthcare law.

“Today is only the beginning,” Trump said in the White House Roosevelt Room. “In the coming months we plan to take new measures to provide our people with even more relief and more freedom.”

According to the president, the order will cost the government “virtually nothing,” as it forces insurance companies to compete and “fighting” to get people to sign up.

Since Congress can’t get its act together on HealthCare, I will be using the power of the pen to give great HealthCare to many people – FAST

Stating the executive order is “taking crucial steps” in repealing Obamacare, Trump said these actions will save the “American people from the nightmare of Obamacare.”

“With these actions, we are moving towards lower cost and more options in the health care market, and taking crucial steps toward saving the American people from the nightmare of Obamacare,” Trump said. “This is promoting healthcare choice and competition all across the United States.”

In the summary of the executive order, it broadly tasks the administration to “prioritize” and develop policies in three areas for improvement under the Affordable Care Act — Association health plans (AHPs), Short-term, limited-duration insurance (STLDI), and Health reimbursement arrangements (HRAs). He also directed the Secretaries of the Treasury, Labor, and Health and Human Services to propose regulations or amend guidance that expands access to health coverage insurance through nationwide Association Health Plans, the availability of short-term, limited-duration insurance policies, and to broaden the usability of Health Reimbursement Arrangements for workers to buy their own coverage.

The president’s plan has drawn warning signals by experts and hospital association who state the order will destablize insurance markets by opening up cheaper plans to divert healthy consumers from purchasing ObamaCare plans. Democrats cried foul, warning that the president’s order is a part of a larger plan to “sabotage” Obamacare.

Senate Minority Leader Chuck Schumer in a tweet said the president is “using a wrecking ball” to “rip apart and sabotage” ObamaCare.

Having failed to repeal the #ACA in Congress, @POTUS is using a wrecking ball to singlehandedly rip apart & sabotage our healthcare system.

However, Trump’s order has drawn backing from lawmakers such as Republican Senator Rand Paul, who joined the President at the signing. The Senator, who opposed the most recent repeal bill, helped point out specific reforms that the president could do without congress.

“Today’s a big day, President Trump is doing what I believe is the biggest free-market reform of health care in a generation,” Paul said at the signing. “I’m very glad to be part of this, and I really want to commend the president for having the boldness and the leadership and the foresight to get this done.”

Such changes the president calls for improvement under the executive order will be subject to a formal rule-making process as well as a public comment period. However, according to a senior administration official, such changes could take six months for it to take effect as it could possibly face a legal challenge.