However, the focus of the portrait was the dress Michelle wore. Painted by Amy Sherald, Michelle’s portrait is seen seated wearing a Milly halter floor-length gown featuring pops of vibrant colorful geometric patterns.

Milly founder and creative director, Michelle Smith said she created the eye-catching dress that Michelle could wear in everyday life.

“It’s a very modern, emotional dress with a very womanly, very American spirit,” Smith said in a press release. “Her portrait represents her perfectly — her intelligence, modernity, confidence, sensuality, and kindness. It’s a very open, honest, and beautiful portrayal of her.” 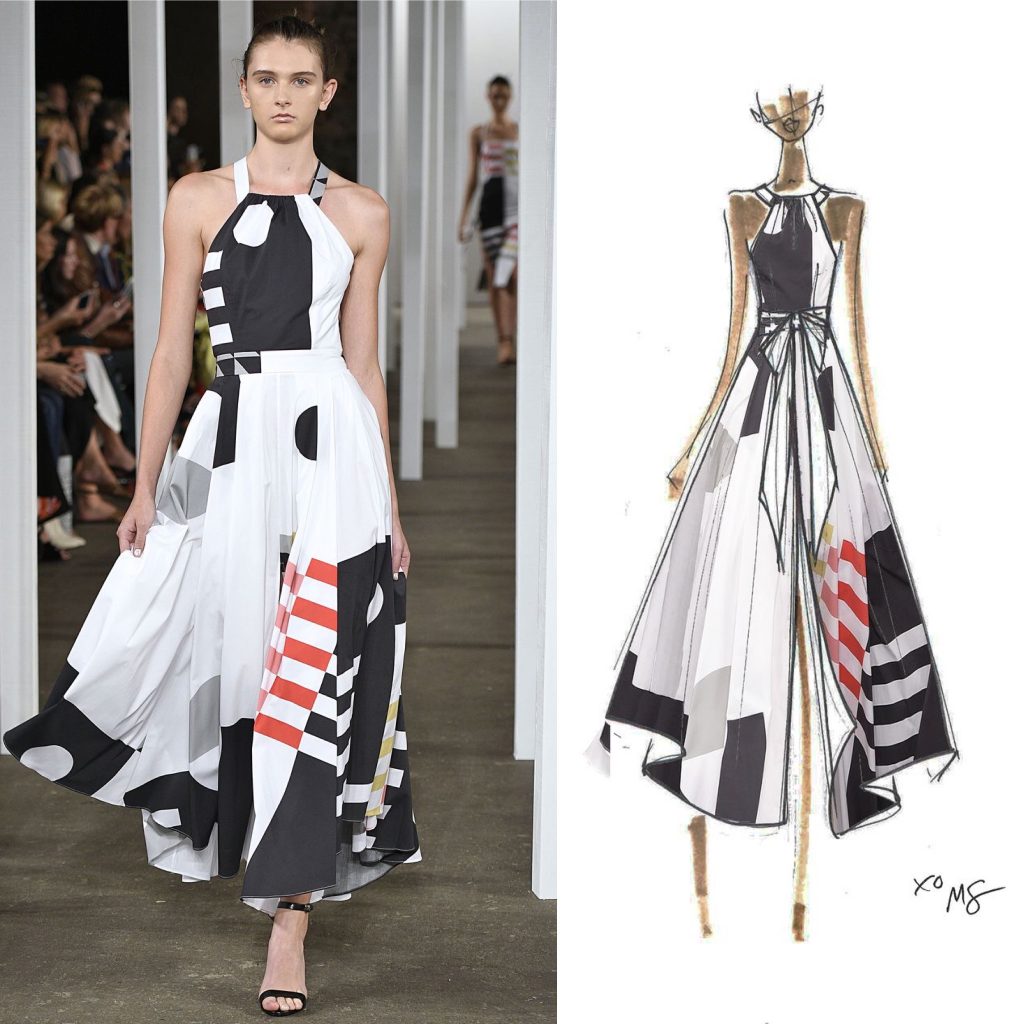 The dress was based off a piece designed from the Spring/Summer 2017 collection, which hit the runway at New York Fashion Week in September 2016. Smith made a few alterations to the piece, such as adding a bow sash waist and a slightly fuller skirt. The cotton gown was mainly black and white, with colorful stripes at the base.

“The outcome is minimal in shape, but has beautiful lace and draping details. I wanted to create a dress that reflected Mrs. Obama’s personality—bold and confident, yet approachable and relatable,” Smith said to Elle Magazine.

According to Smith, Meredith Koop, Obama’s stylist, contacted her a year ago asking if she would be interested in making a custom dress for the portrait. Smith sent a few iterations of the dress to Michelle, but the former First Lady decided to choose a look that was identical to that from the spring 2017 collection. The New York-based designer said she heard that the dress was chosen for the portrait, but was carried away with unveiling her Fall/Winter 2018 collection that she forgot the portrait revealing would happen during NYFW. 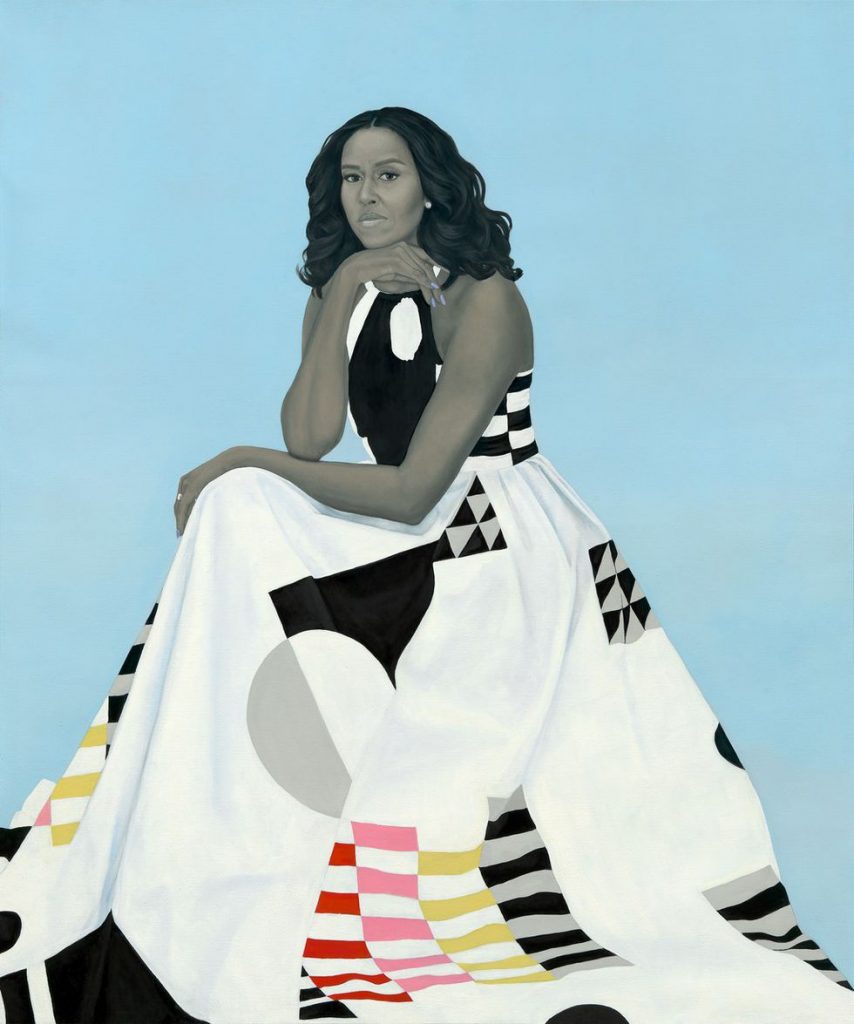 “I was humbled to be able to create such a special piece for such an intelligent and influential female, who also reflects such confidence, beauty, kindness and compassion,” Smith said. “This ranks top, top, top without a doubt. Forever. But I’m going to keep on working. I love to create clothes that make women feel confident, empowered and beautiful.”

Michelle in the past has favored the designer, wearing Milly designs several times during her tenure. In her final days as First Lady, Michelle wore a striped Milly top with flared statement sleeves. In 2016, Michelle in an appearance on the Late Show with Stephen Colbert wore a pair of printed gray wide-leg pants by the brand and in the October 2016 cover of Essence Magazine, Michelle wore an off-the-shoulder Milly black dress with bell sleeves.

What Melania Wore on Valentine’s Day 2018

What Melania Wore for the 2019 National Christmas Tree Lighting