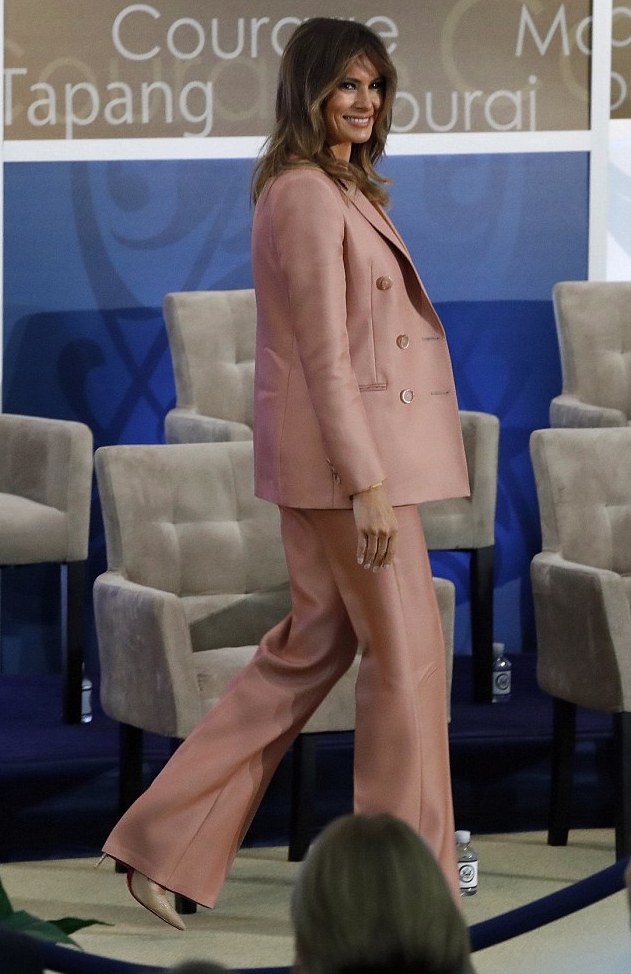 Melania rocks a pants suit better than any political figures we have seen.

Paying tribute to a group of courageous women at the 2018 International Women of Courage in the White House, First Lady Melania Trump donned a pastel pink Emilio Pucci two-piece tailored suit. The double-breasted blazer was left open to reveal a stylish way to pair a pant suit ensemble. Instead of wearing a white button-down or a shirt, Melania wore a bright yellow sweater, embracing a warm hue of spring.

The Emilio Pucci trousers and blazer retails for $4,220 and is now currently sold out. To match her outfit, Melania wore a nude snakeskin So Kate Christian Louboutin pumps which retails at $675. 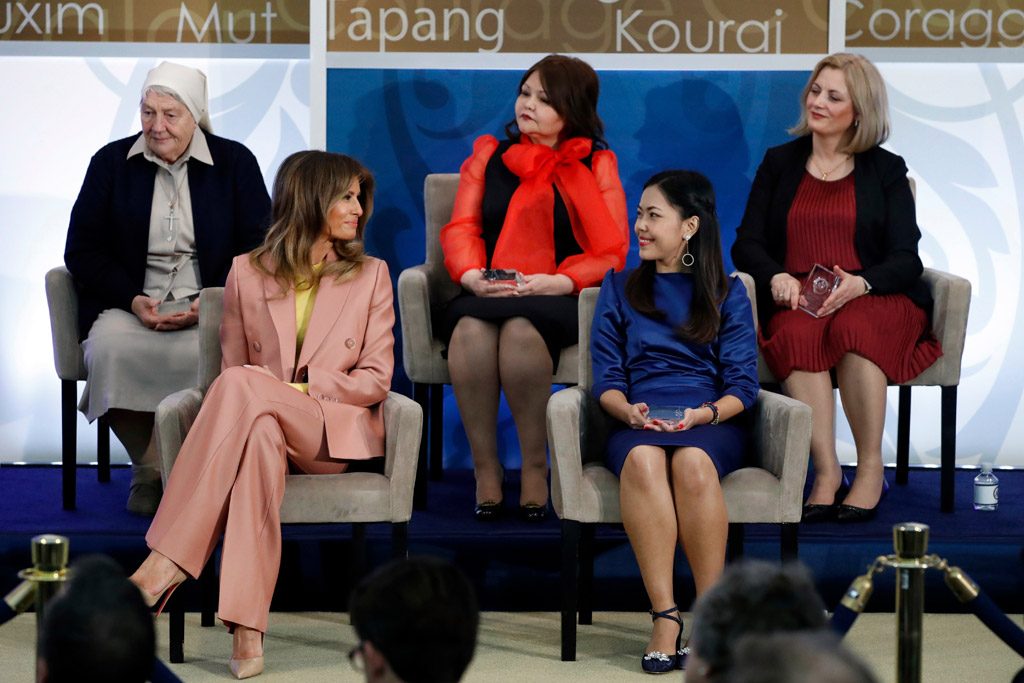 At the ceremony honoring recipients, Melania delivered a speech about courage.

“Courage is the quality most needed in this world, yet it is often the hardest to find,” Melania said. “Courage sets apart those who believe in higher calling and those who act on it. It takes courage not only to see wrong, but strive to right it. Courage is what sets apart the heroes from the rest. It is equal parts of bravery and nobility. The women of courage we honor here today are heroes.”

“In telling their stories we can teach young women and girls all over the world what it means to have courage and to be a hero,” she continued. 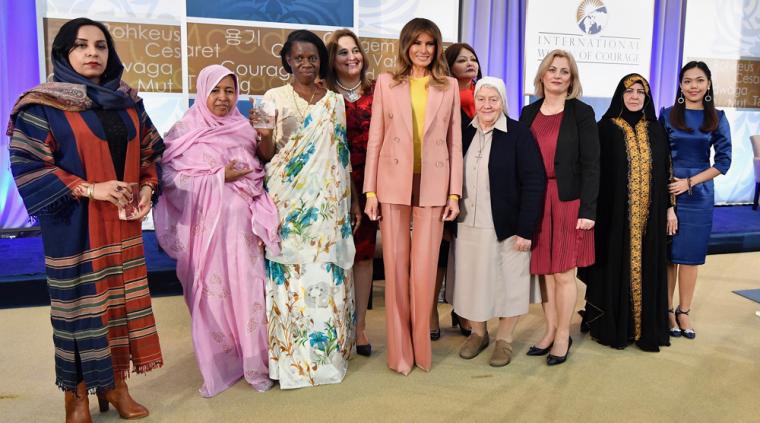 After her speech, Melania honored the 10 women, giving each women an award, as well as taking the time to talk and take pictures with each one of the recipients. The 10 women included Aiman Omarova, a lawyer from Kazakhstan who fights against sexual abuse crimes; Feride Rushiti, the founder of the Kosovo Center for the Rehabilitation of Torture Victims; and Afghanistan filmmaker Roya Sadat, who advocates for women’s rights.

Inspired to wear a pink blazer, here are affordable alternatives that every girl should have this spring

What Melania Wore For Easter Service

What Melania Wore to the International Women of Courage Award

What Melania Wore Arriving to India