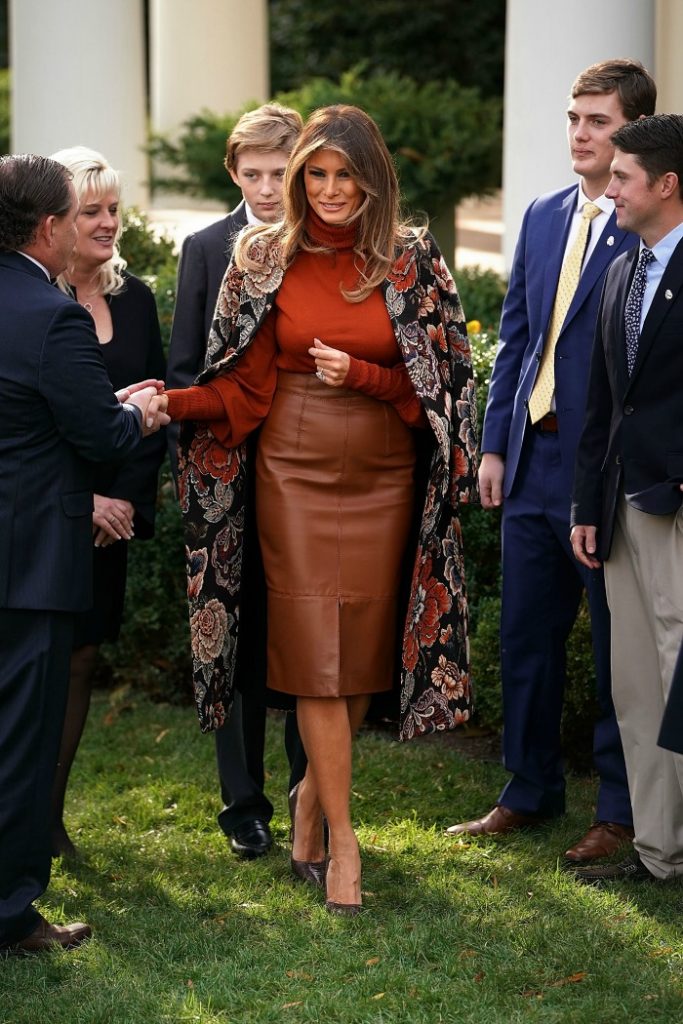 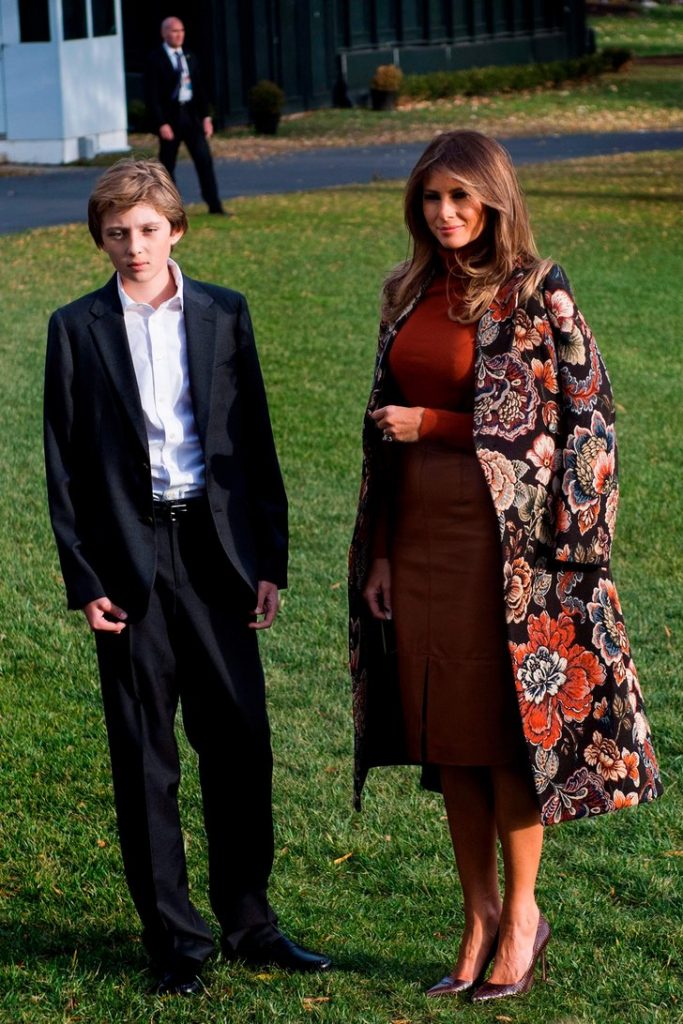 She completed her stunning bold-color block fall look by wearing over her shoulders, a floral brocade embroidered Stella McCartney “Vivienne” dress coat that originally retailed, but is now on sale for $975. 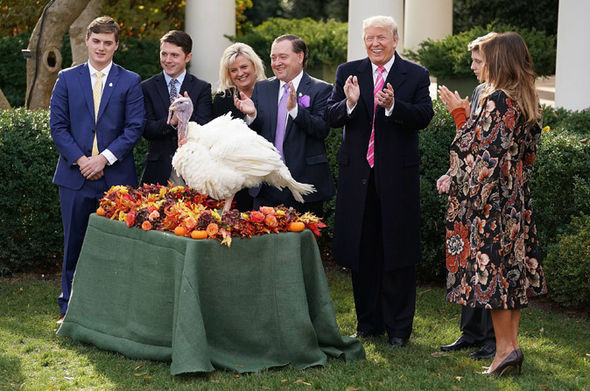 The White House Turkey Pardoning tradition dates back to the 1940s and is an annual ceremony held in the White House Rose Garden. Prior to the ceremony, the White House tweeted a poll, asking followers on which of the turkey — Drumstick or Wishbone should be pardoned this year. Drumstick won the poll by 60%. However, both Drumstick and Wishbone were pardoned and will now reside at “Gobbler’s Rest” with last year’s pardoned turkeys Tater and Tot.

Burgundy is The New Black!

What Melania Wore For the UN General Assembly