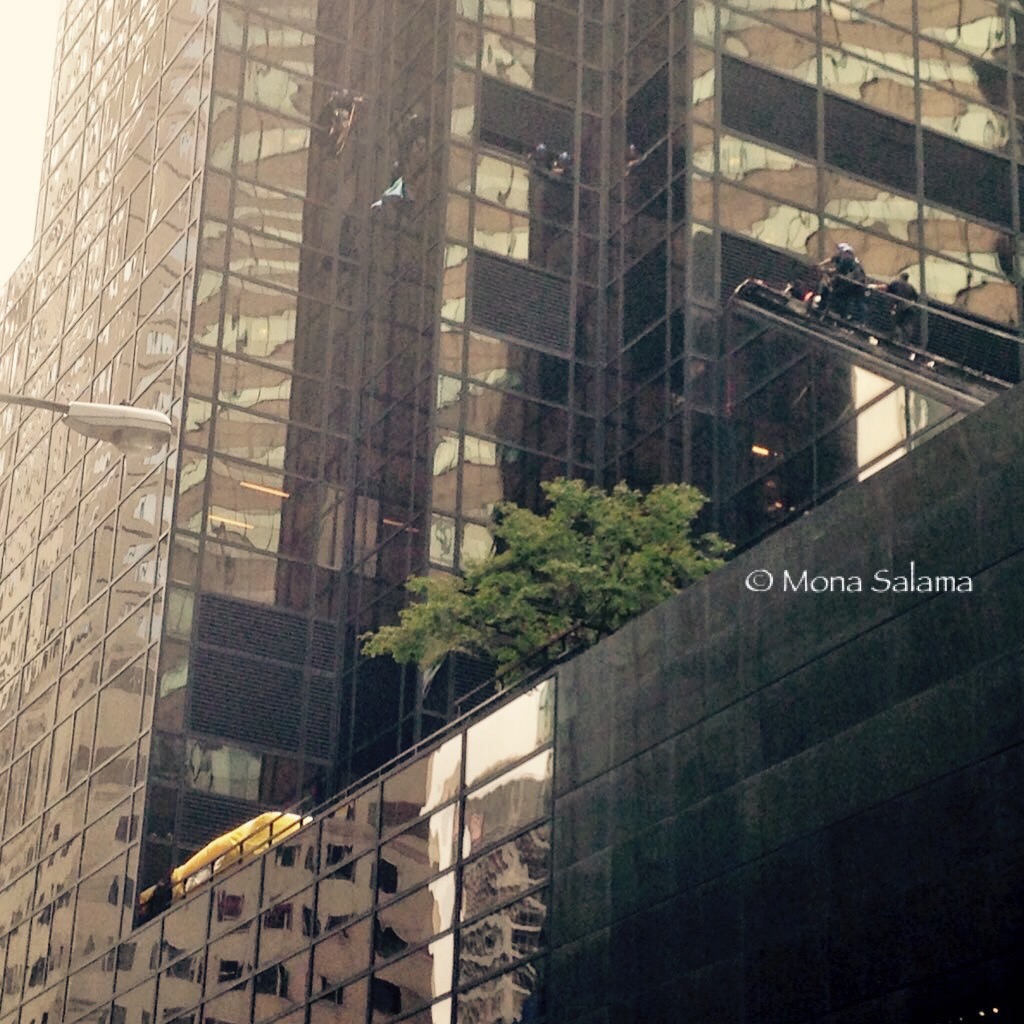 According to the NYPD, the climber whose name was not revealed during the press conference was a 20 years old independent researcher from Virginia. The young man traveled to New York City just yesterday and stayed in a local hotel, close by the area.

NYPD did not release the name of the individual, due to the various forms of identification he had inside his backpack. However, several news outlets are reporting that the man was identified as Stephen Rogata of Great Falls, Virginia.

“He wanted to climb to the top so he could speak with Trump,” said NYPD Chief Vincent Giordano, during a press conference in front of Trump Tower Wednesday night. “When he got to the point where he was on the pane, which would have cracked if he applied all his weight, he was just taken in.”

For nearly three hours in scourging humid weather, the climber scaled more than 21 stories of the all-glass building, using five giant suction cups to make his way up the side of the building on East 56th Street. The event occurred shortly after 3:30 p.m where the man began on the fifth floor atrium, avoiding Special Ops NYPD officers the whole way until police on the 21st floor from a rem

Chief of Detectives for the Manhattan South Command, William Aubry, confirmed that the Youtube video that surfaced was true and it was the young man now in custody.

“That Youtube video explains that he’s an ‘independent researcher’ and wanted to meet with him, and that the reason why he climbed this building,” Chief Aubry said. “His sole desire was to meet with Mr. Trump.”

Trump was not in his building when the event were going down, campaigning just earlier in Virginia and was heading to his rally in Florida.

There has been no word from Trump’s campaign regarding the incident. Trump’s New York co-chair and Staten Island Councilman Joe Borelli responded to a request for comment from PolitiChicks.

“I think the person is clearly disturbed and thought this would be a good way to get some media attention. He certainly succeeded in that respect. I just hope this doesn’t distract from today’s (or yesterday’s) real news, Hillary’s latest email scandal. Politicians have been indicted for far less blatant pay to play scams. Now we can really understand why she deleted so many,” Borelli said to PolitiChicks.

“This man performed a ridiculous and dangerous stunt,” Cohen said. “There’s damage to the building and he caused the unnecessary deployment of New York’s finest to protect his safety and the safety of everyone in the building. I’m 100 percent certain the NYPD had better things to do.”

Cuomo: ‘Santa’s Going To Be Very Good To Me’ For Working Hard In Fighting COVID

NYPD Officer murdered for her Uniform in the Bronx