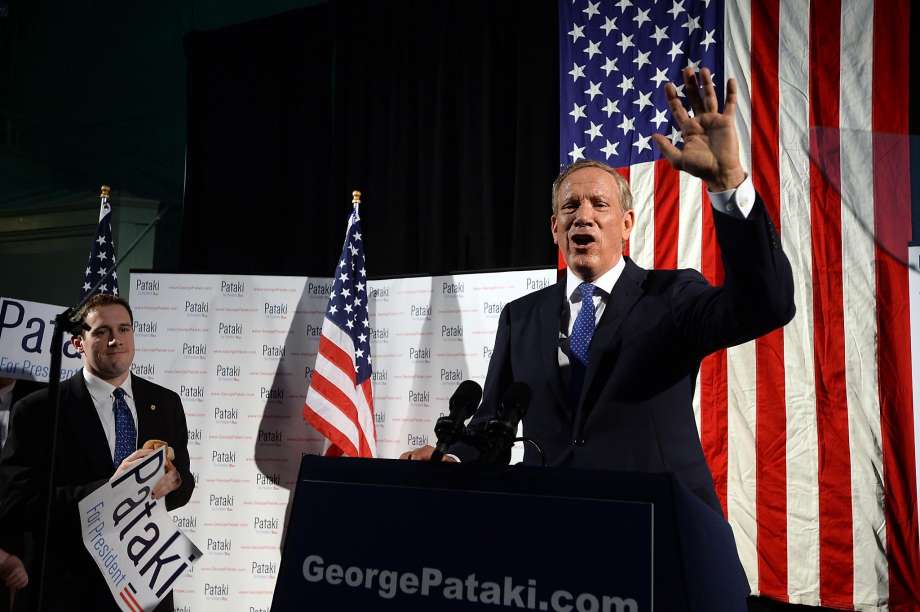 On Friday, former three time New York Governor George Pataki has become the eighth candidate to throw his hat in the ring officially announcing his candidacy, and adding another long-shot candidate to an increasingly crowded Republican primary field.

The former New York governor in a heavily Democratic New York faces an uphill battle compare to other GOP hopefuls. Pataki has been out of office for nearly a decade and barely registers in national polls. His moderate views on gun control, gay rights, and the environment marks Pataki a moderate compared to the national Republican circle where most of the candidates are socially conservatives. Pataki said he “will run on a ‘reform agenda’ as a way to win this election to “appeal to the Republican base, independents, conservative Democrats, minorities, and young voters.”

Before his announcement, Pataki’s campaign posted a video on his campaign website featuring an anti-big government message, “Washington has grown too big, too powerful, too expensive, and too intrusive.” The video began with Pataki inside the new World Trade Center as he highlighted his leadership role as governor of New York following the terrorist attacks on Sept. 11, 2001.”We have always understood that we have a common background and a common destiny, and when we stand together, we can accomplish anything, I saw that on the streets of New York in the days and weeks after September 11.”

Pitching himself as the “a solutions guy”, Pataki kicked off his candidacy with a rally in the birthplace of the Republican Party in Exeter, New Hampshire. Being in New Hampshire more times than any GOP candidate, ten times to be exact, Pataki lost track of which town he was in during his speech. Confusing Exeter with Nashua which is an hour away from each other, Pataki said “Let us move forward, so just as the dreams of that young child growing up in Peekskill, N.Y., came true, so too, the dreams of a young child born today, whether in downtown Baltimore or here in Nashua, New Hampshire, can come true.” However confusing the towns didn’t seem to matter as his frequent visits to New Hampshire is paying off as he has earned some of the state senators endorsements.

Outlining his main issues he plans to push as president, Pataki vowed to put a lifetime ban on Congress member becoming lobbyists, repealing “Obamacare” and “Common Core” by reasserting the 10th Amendment of returning power to the states on these issues, as well as calling for a simpler tax code, lowering manufacturing taxes and eliminating excessive taxes that hurts small businesses.

“Washington politicians and bureaucrats think they know better than us, you are our servants, not our masters,” he said.

On foreign issue, which is playing a big role in this campaign cycle, Pataki criticized the Obama administration for failing to confront the threat of “radical Islam.” He called for aggressive military action of sending American troops to Iraq to combat ISIS citing. “If necessary, we will send in American boots on the ground to destroy those training centers, destroy those planning centers and then get out.”

Taking shots at front-runner Hillary Clinton was obvious as Pataki criticized Hillary claims to represent the middle class, but is out of touch with one:

Pataki strategy for 2016 is to focus on New Hampshire, the first Northeastern state with an early primary to garnish votes from voters with similar moderate views. Shrugging off considered an underdog, Pataki said it reminds him of the time he ran for governor in a deep-blue state and “can overcome the odds as we have done in the past.”