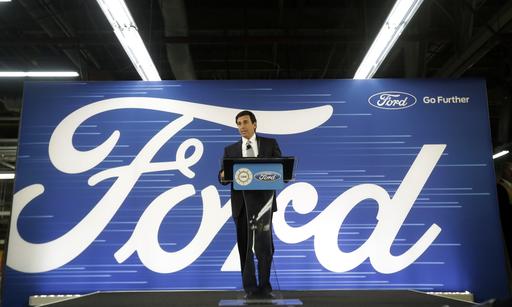 Ford Motor Co. has decided to cancel its plan to build a new $1.6 billion manufacturing plant in Mexico to launch a $700 million “transform and expand” factory in Michigan.

Ford CEO Mark Fields announced Tuesday morning its decision was partly due to a “vote of confidence” in President- elect Donald Trump’s policies.

“We are encouraged by the pro-growth policies that President-elect Trump and the new Congress have indicated they will pursue,” Fields said in a news conference held at the Flat Rock plant. “We believe that these tax and regulatory reforms are critically important to boost U.S. competitiveness, and, of course, drive a resurgence in American manufacturing and high-tech innovation.”

“So this is a vote of confidence around that,” Fields added.

According to the press release from Ford, the investment of the Flat Rock Assembly Plant is investing $700 million, and canceling its plans of $1.6 billion plant in San Luis Potosi, Mexico.

The expansion will add 700 direct new jobs that will be used to produce gas-electric hybrid versions of its F-150 pickup truck, as well its famous Ford Mustang sports vehicle and Lincoln Continental.

Fields told CNN that this decision of Ford would have gone ahead, whether or not Trump was elected president, stressing the decision was “done independently” and was “right for business.” He added that Trump played no role in the decision, but the move was partly caused by Trump’s economic agenda.

“We look at all factors, including what we view as a more positive U.S. manufacturing business environment under President-elect Trump and it’s literally a vote of confidence around some of the pro-growth policies that he has been outlining,” Fields said.

However, Ford will still continue to move some of its production, such as Focus Sedan model to Mexico, where it will be built at an already existing plant in Hermosillo, Mexico instead of the new facility as planned.

Ford Chairman Bill Ford Jr., the great-grandson of the automaker’s founder, said he spoke with Trump Tuesday morning to inform him of the decision.

During the 2016 election, Trump heavily criticized Ford for moving its manufacture production in Mexico. He planned to slap Ford with a 35% tariff tax of cars made in Mexico and sold in the United States.

The unexpected news from Ford came hours after Trump tweeted about General Motors, attacking the motor company that is investing billions of dollars in Mexico to expand their production. In the twitter post, Trump wrote that General Motors should pay a “big border tax” for producing the Chevy Cruze model in Mexico.

GM quickly pushed back on Trump’s attack in a statement, stating the Chevy Cruze hatchback production in Mexico are built for “global markets” with a “small number sold in the U.S,” while all the Chevy Cruze sedans are built in Lordstown, Ohio.

After the announcement, Trump tweeted an Instagram link, with a message.

“Instead of driving jobs and wealth away, America will become the world’s great magnet for innovation and job creation.”

Since the announcement, commitments of 51,500 jobs have been made by Carrier, SoftBank and Ford, all before Trump has been sworn in as 45th President of the United States.

Trump: Kamala Harris ‘Could Never Be The First Woman President’