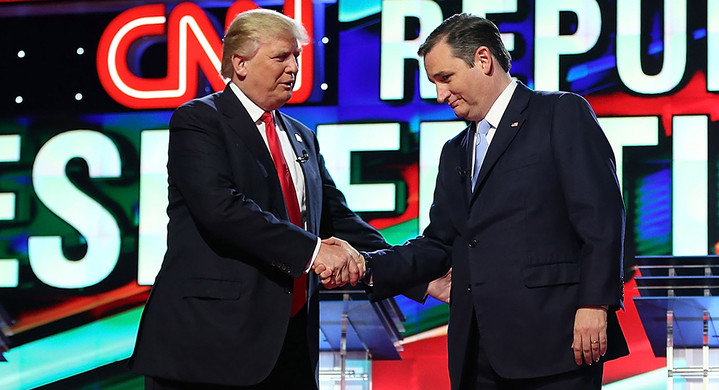 The meeting between the two rivals comes more than two months since Cruz suspended his presidential bid after a crushing defeat in the Indiana primary.

Cruz described the meeting to reporters as “positive and productive,” adding that Trump asked the Texas Senator to speak at the RNC, in which he accepted.

“We had a positive and productive meeting this morning with Donald Trump,” Cruz told reporters. “Donald asked me to speak at the Republican convention, and I told him I’d be happy to do so.”

When asked if anything else were discussed during the meeting, Cruz said no talks about a possible endorsement were discussed. “There was no discussion of any endorsement,” Cruz said. “[Trump] asked me if I would speak at the convention and I said I’d be very glad to do so.”

The Texas senator still hasn’t endorsed Trump, but has not ruled it out either. “There are two and a half months until the Republican convention, six months until the general election,” Cruz told reporters in May when returning to the senate. “There will be plenty of time for voters to make the determination who they’re going to support.”

In a statement shortly after Cruz’s remarks, Cruz spokeswoman Catherine Frazier stated the meeting between both men included Trump asking Cruz “for his counsel on future judicial nominations,” in which Cruz responded that he “would continue to do everything he can to help ensure principled constitutionalist on the courts.”