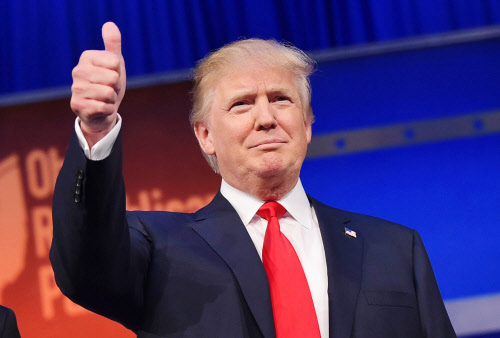 Donald Trump’s campaign announced on Wednesday they have raised $51 million in fundraising haul in the month of June.

“We just started our fundraising efforts in the last week of May and we are extremely pleased with the broad-based support in the last five weeks for the Trump Campaign and Trump Victory,” said Steven Mnuchin, Donald J. Trump for President Finance chairman. “We want to thank our many volunteers and contributors that are committed to electing Donald J. Trump as president in November.”

The five-week traction after a late start raised $26 million directly towards his presidential campaign with the additional $25 million raised in conjunction with the Republican National Committee. According to the statement, the fundraising efforts were made possible with more than 400,000 supporters donating online with 94% of the contributions under $200.

After being criticized for a record slow start with top Republicans worried about Trump’s fundraising abilities when it was reported it had less than $1.3 million in the bank, the campaign began holding and attending fundraisers — 22 events held across the country. The new June figures will help quiet GOP concerns about Trump’s ability to raise funds for a competitive general election against a well-funded Hillary Clinton. Out of the $26 million raised for the campaign, $3 million were raised in just one day from online solicitations. Based on the improved financial showing suggest that Trump, who recently began fundraising, can effectively tap into both wealthy donors and the grassroots supporter base.

Trump personally contributed $3.8 million to the campaign in June, bringing his total contributions to $55 million. The statement did not disclose how much money was spent or how much cash was on hand available during the month of June.

Hillary Clinton’s campaign announced last Friday that it had raised a combined $68.5 million with joint fundraising agreements with the Democratic National Committee. $40.5 million of the funds were directly raised for Hillary’s campaign.