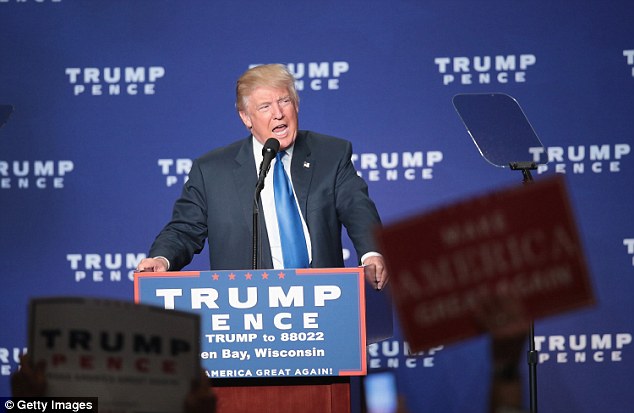 Vowing to “drain the swamp in Washington D.C,” Donald Trump gave a detailed five point proposal aimed at tackling the rigged corrupt system and the influence of special interest by pointing out to his Democratic rival Hillary Clinton as an example for the need of such reforms.

“It is time to drain the swamp in Washington D.C,” Trump declared Monday night in Green Bay, Wisconsin. “That is why I am proposing a package of ethics reforms to make our government honest once again.”
The five-point plan centered around re-instituting an executive order banning all executive branch officials, lawmakers, and their staff members from lobbying the government for five years after leaving their post. The ban, Trump proposes would be passed into law by Congress so “it cannot be lifted by executive order.”
Trump slammed former President Bill Clinton for signing such reform as an executive order, only to lift the ban before leaving office as means of “raking in cash.”
“When Bill Clinton came into office, he signed an executive order saying if you work for the White House or a federal agency, you can’t lobby the government for five years after you leave,” Trump stated. “But then, President Clinton did what the Clintons always do, rigged the system on his way out and lifted the executive order so the Clintons and their cronies like John Pedestal could start raking in cash.”
Other proposals include expanding the definition of lobbyist, lifetime ban on senior executive brand officials from lobbying on behalf of foreign governments, and pass campaign finance reform that prevents foreign lobbyists influencing American elections through means of fundraising.
“If we let the Clinton Cartel run this government, history will record that 2017 was the year America lost its independence,” Trump said. “On November 8th, the arrogance of Washington D.C. will come face to face with the righteous verdict of the American voter.”
After his speech, Nebraska Senator Ben Sasse, a vocal never Trump critic praised the GOP nominee’s proposal on twitter. “All five points have merit and are worthy of debate/consideration.”

.@realDonaldTrump is making a serious ethics reform proposal here. All five points have merit and are worthy of debate / consideration. https://t.co/9NLIllDowH