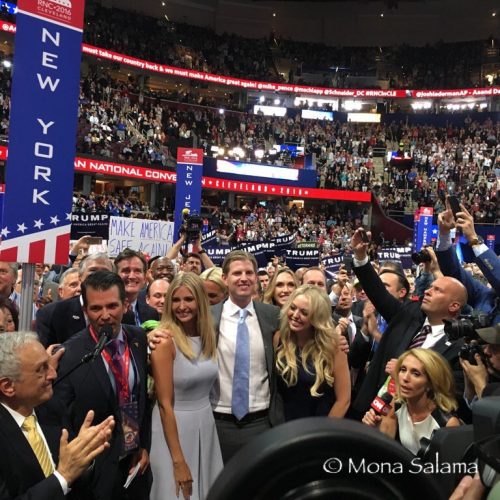 “This is a movement, but we have to go all the way,” Trump said later on in a video message. “I am so proud to be your nominee for president. This is going to be a leadership, by the way, that puts American people first.”

The nominee responded on Twitter, vowing to “work hard and never let you down.”

Such a great honor to be the Republican Nominee for President of the United States. I will work hard and never let you down! AMERICA FIRST!

Kicking off the roll call nomination, Senator Jeff Sessions, one of Trump’s earliest congressional supporters delivered the nominating address, calling the GOP nominee a “leader that can get this country back on track” due to his strength and courage he presents.

“He loves this country, and is determined to see it be a winner again,” Sessions said. “[Donald Trump] spoke the truth, he gave voice to the people’s concerns, he said that the hyped trade deals have hurt America and hurt people, that our border must be secure and our nation must be strong, that we must defeat the terrorists who threaten us, that we must restore law and order and support our courageous law enforcement officers.” 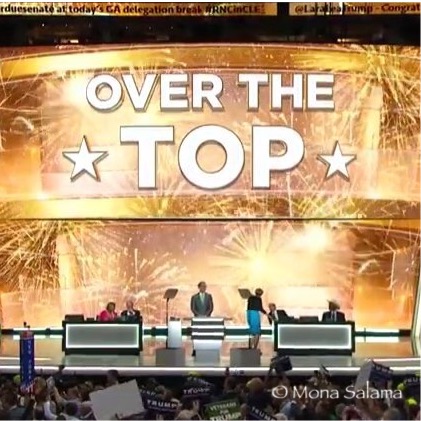 Trump’s home state of New York were granted the honors to put Trump over the top to cross the threshold of the 1,237 delegates needed to secure the nomination. New York state Chairman Ed Cox passed the mic to Trump’s son, Donald Jr. to cast the state’s 89 delegates.

It is my honor to be able to throw Donald Trump over the top in the delegate count tonight with 89 delegates!” Trump Jr said as the giant TV screen reads “Over the Top” followed by the song, ‘New York, New York.’ “Congratulations Dad, we love you.”

After a chaotic day one uproar on the convention floor caused by the #NeverTrump movement in its final attempt to change the unbound rules to free delegates to vote their conscious failed, the Republican convention roll call on Tuesday night saw a picture of the party uniting for the most part.

During the roll call, District of Columbia presiding officer in an unusual move awarded all its delegates to Trump even though the delegation announced the votes were allocated 10 to Rubio and 9 to Kasich.

Towards the end of the night, Alaska’s delegation challenged the tally, imposing rule 37 of how the states casting delegate vote were different than voiced. RNC chair Reince Priebus explained the conventional rule, stating some states can only cast delegate votes for a nominee that is in the running. During Alaska voting, Trump was the only nominee, therefore votes for other candidates were combined. He also went to explain how voice votes are allowed on the floor, but the recording of the votes depended on the state rules imposed.