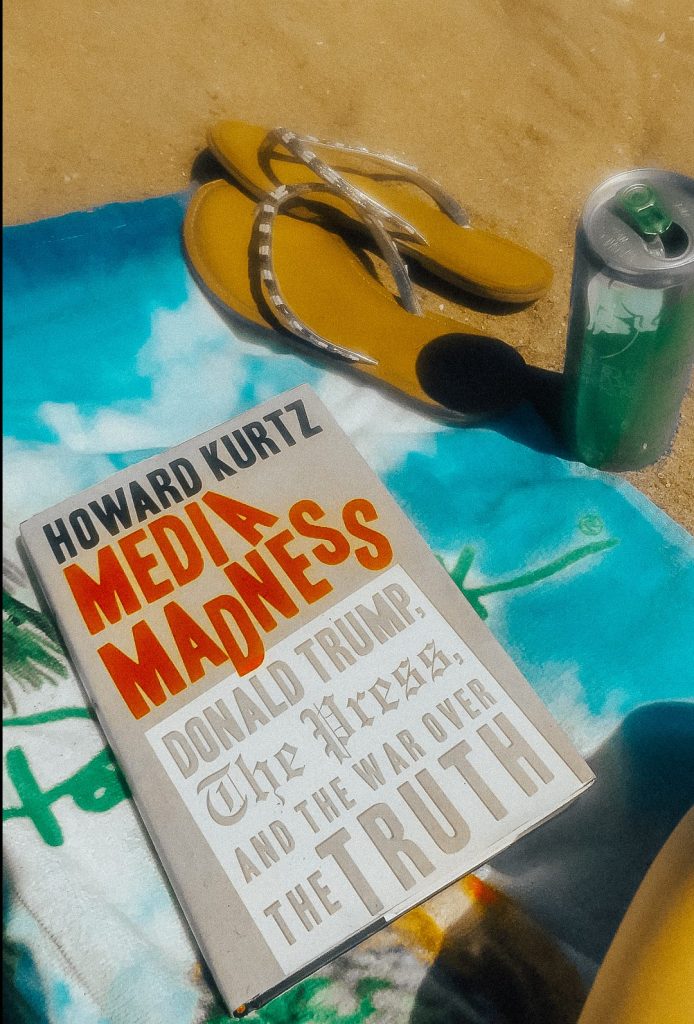 MEDIA MADNESS: DONALD TRUMP, THE PRESS, AND THE WAR OVER THE TRUTH

Every president gets pounded by the press, but no president has ever been dealt with a tsunami of negative and harsh criticism quite like Donald Trump. Since announcing his presidency on June 16, 2015, the media coverage of Trump has begun a war as they were set on doing whatever it took to stop his chances of winning the presidency. Well, that didn’t work and the media was stunned in the early morning on November 9, 2016 when it was announced that Trump was elected the 45th president of the United States. Since then, the media have continued to wage an all out non-stop war “targeted Trump with an unprecedented barrage of negative stories, with some no longer making much attempt to hide their contempt.”

But, Trump didn’t hide or raise the white flag. Instead, he countered back his own war against the hostile news media while reaching out to the American people first hand via social media like Twitter or holding a MAGA rally. And now the joke is on the media as they fail to recognize that the more they continue to attack Trump in a negative light, the harder Trump hits back and it has helped him more than it has hurt him.

Kurtz makes his case of the media madness or what he likes to call it as “Trump Trauma” by collecting a wide array of examples of reporters coverage and tweets, to anchors and commentators biased opinions to show the “overwhelmingly negative in tone, tenor, and volume” of maliciousness in the coverage of President Trump. The mainstream media is obsessed with every little detail, and I mean every single detail of Trump with the obsession also extended to his administration as well. Every single hour of every day, somewhere a major media outlet from a news show, to a nightly entertainment program and even be a liberal Hollywood elite are dedicating their program and time in attacking Trump, his family and his administration.

It has been going on since he announced his candidacy just over three years ago. The American media called Trump’s candidacy a joke, covering his rallies intensely for his off-the-cuff remarks as they saw this as pure entertainment. They never took Trump serious, always predicting that he would implode before Iowa, or that he had no shot at winning 270 for the Republican nomination. But what they failed to see was that Trump played the media like a fiddle as he was connecting with the American people. From the minute he announced his presidency until he was declared the Republican nominee, Trump took advantage of all the media coverage, giving him over $2 billion of free media and falling right into his trap which paved his ticket into the White House.

The in-depth study from Kurtz showed the insanity of today’s press such as the media crying wolf when it comes to Trump’s remarks or tweets, but would stay silent or would cheer their colleagues when attacking the president or his family and staff in such a vulgar manner in their comments or tweet.  Julia Ioffe, an editor for the liberal publication, The Atlantic, tweeted that Trump was “f*cking his daughter” when Ivanka was seen as an advisor in the White House. Ioffe was never fired for the tweet, with her colleagues defending her remarks as saying everyone says stupid shit. Stephen Colbert in his late night show was allowed in a taped show to say Trump mouth is “good for is being Putin’s cock holster.” FCC didn’t fine Colbert and the so called comedian never apologized despite the criticism for the remarks, saying he “doesn’t regret” it.

Too many journalists and media executives,” Kurtz writes, “is dwelling in a bubble of like-minded opinion, became convinced that they had a solemn duty to oppose Trump.” As a result, “the normal rules of balance and attempted objectivity were suspended, dismissed as a relic of a calmer time.”

As a reporter myself, I have paid close attention to every coverage from the mainstream media and saw that their mission is to destroy the president’s image to the American people. Reading this book, I relived the last two years like it was yesterday and it is still mind boggling how the media won’t give up its crusade. I found Media Madness an interesting read, well-documented and engaging.

Reporters who are blessed to cover the president’s first hand are losing their way as journalists by injecting their opinion into their coverage instead of following the “rules, traditions, and the careful parsing of words.” But, I also hate hearing Trump say such things as the press is the “enemy of the people.” Even though he is half right in this argument (the liberal media), they’re some good conservative or non-biased media out there being branded as the enemy despite covering Trump in a fair or positive light. Trump knows who exactly is the good or fair media, but the average American doesn’t know who or which reporter or journalist is good or bad, unless you are CNN’s Jim Acosta or MSNBC’s Joe Scarborough. They see all reporters as “fake news” until they find out which media outlet you work for. I know this first hand. It happened to me all the time during my time covering his presidential campaign rallies in 2016. I was branded with the scarlet letter until I told them who I worked for and then I was loved and adored as if I was Trump himself.

Kurtz feels the same way. A longtime journalist with decades of responsible positions — among them New York bureau chief for The Washington Post, a reporter and columnist covering the Justice Department, host of “Reliable Sources” on CNN, and currently host of “Media Buzz” on Fox News, Kurtz is troubled on how reporters are functioning as editorialists and have abandoned fact-based reporting in favor of speculation, advocacy, omission, and non-sourced opinion. He fears that journalists have “lost their way and may never fully recover,” as they continue to burn themselves with “scars of distrust that might never heal.” And he is 100 percent correct.

Polka Dot Romper — A Summer Must Have